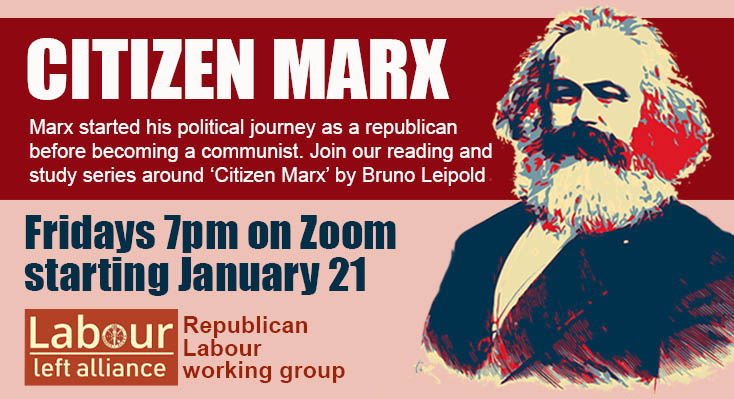 Karl Marx started his political journey as a republican before becoming a socialist and communist. This was not the end of the story. What happened next? The Republican Labour Working Group is organising a reading and study series around the politics of Citizen Marx by Bruno Leipold.

[IN] THE DEMOCRATIC REPUBLICANS

Why did Heinzen go into exile in 1844? Who did he meet in Zurich? Was he already a republican?

In the German revolution of 1848, what did Heinzen propagandise for in Baden?

After the German revolution failed, and Heinzen went to London, why did the Times call for his expulsion?

On what occasions did Marx and Heinzen had opportunity to meet, and how did this end?

What did an editorial in the September 1847 German-Brussels Gazette report about Heinzen? What did Heinzen then say about Engels, and what did Marx say about it all?

What serious and important engagements laid behind these ad hominem attacks – (addressed to the person, not to a view)?

Why should this exchange (Heinzen-Engels-Marx) be seen as a wider process of differentiation between republicans and communists?

Did William James Linton play a prominent role in Marx’ life? If not, how did Marx’ communism and Linton’s republicanism come to show side-by-side?

How did Linton’s association with Mazzini get him (Linton) to be sent to Paris to congratulate the February 1848 revolutionary provisional government in France?

What could be said to be Linton’s most important contribution to republican thought?

Why should the relative historical neglect of Linton’s political contribution to republicanism be rectified?

What are the three programmatic articles in Linton’s English Republic? What republican ideas was he passionate about and committed to?

Next session after this one – 10 June in principle – will be:

[IN] THE DEMOCRATIC REPUBLICANS

New education series: The battle for democracy in Britain and Ireland 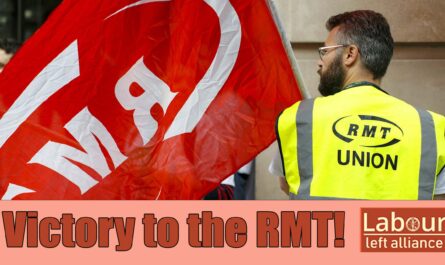 VIDEO: Victory to the RMT