For democracy in the Labour Party! Protest at the next Labour NEC meting 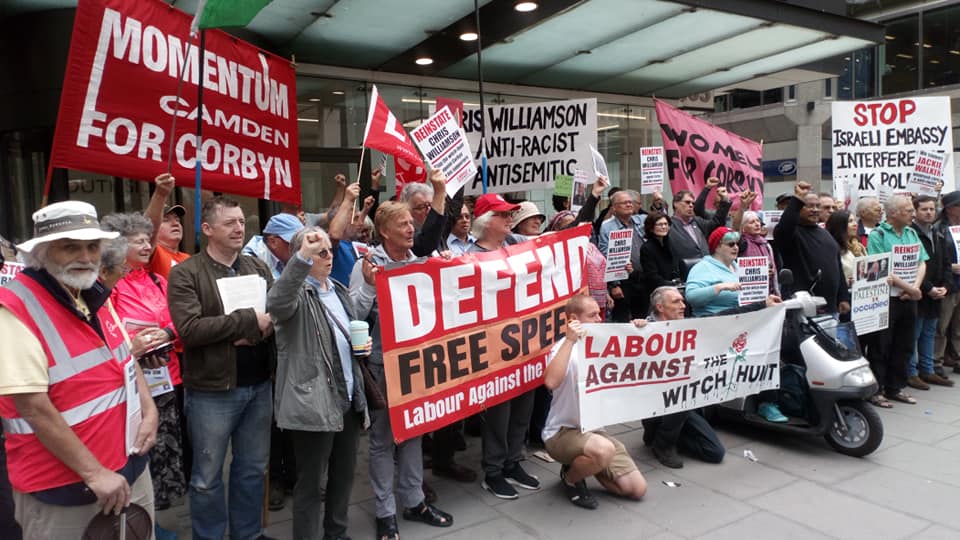 Please come to London to protest against the ongoing attacks on free speech and democracy in the Labour Party! For free speech on Israel/Palestine!

The time has come to make our voices heard! We need to speak out against the huge injustices which hang over our party.
* Jeremy Corbyn still has not had the whip restored to him.
* Party officers remain suspended simply for allowing members to debate this injustice.
* Hundreds of members remain suspended or expelled on bogus charges of antisemitism or ‘bringing the party into disrepute’
* The Forde Inquiry into outrageous dirty tricks at the heart of the party has been shelved.
This travesty of democracy cannot go on. Come to our protest-lobby of the next meeting of Labour’s National Executive Committee. Call for the restoration of the whip to Jeremy Corbyn and the reinstatement of unfairly suspended members.
Leading our demo will be the two CLPs of East Ham and West Ham outrageously suspended for bogus reasons. Everyone worried about the future of the Labour Party should attend.
Groups in support include Labour Against The Witch-Hunt, Labour Campaign For Free Speech, and Labour Left Alliance and Labour In Exile Network. Let us know if your group wants to get involved and send a speaker – email us.
12 noon, Tuesday 20 July
Location: Labour Party Head Office, 105 Victoria Street, London SW1E 6QT. Nearest tube/station: Victoria
+ Google Calendar+ iCal Export