Marxism and the ecological crisis 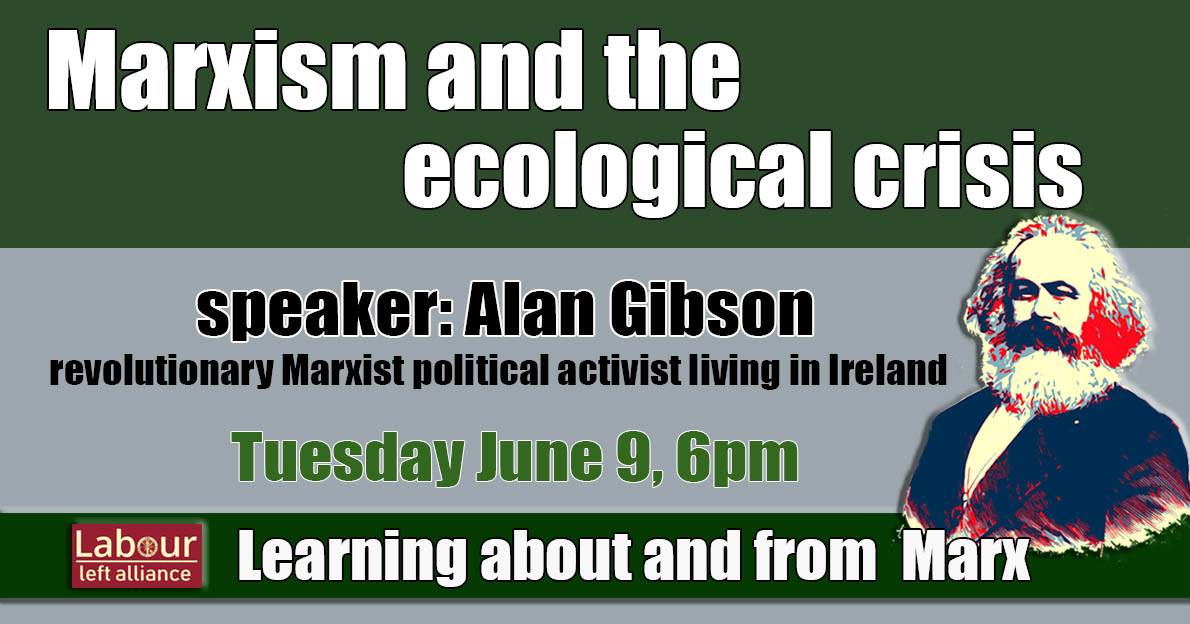 Speaker: Alan Gibson is a revolutionary Marxist political activist living in Ireland. He is currently primarily active in the environmental movement but has in the past few years played a leading regional role in both the pro-choice movement that won repeal of the restrictions on abortion access contained in Ireland’s constitution and before that in the movement against water charges and meter installations. Alan is a supporter of the Bolshevik Tendency.

Alan will be presenting on “Marxism and the ecological crisis”. He will outline how environmental concerns were integral to the political thinking of Marx and Engels and what that should mean for socialists today.