Rosa Luxemburg and the German Revolution 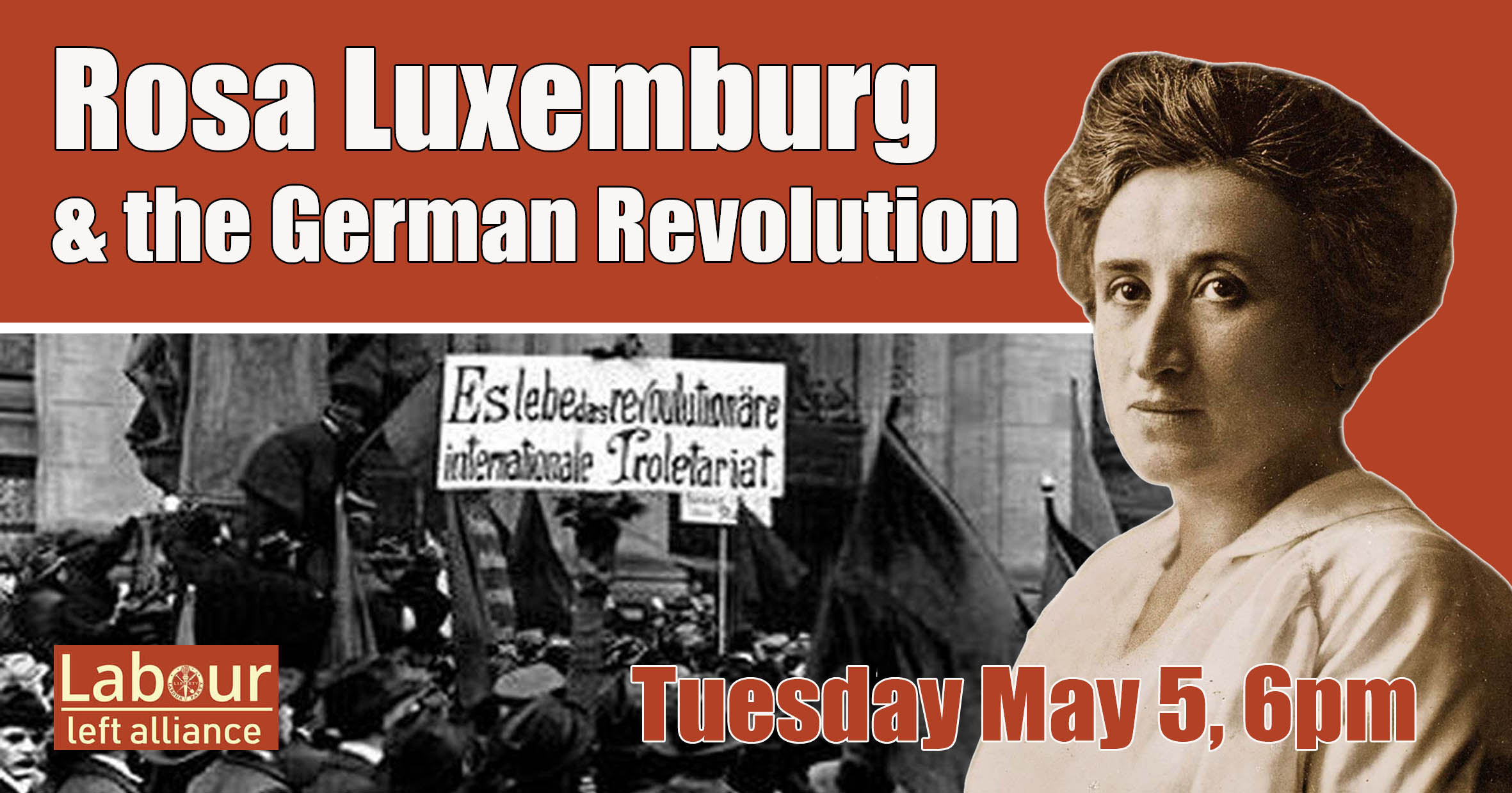 Register here: https://us02web.zoom.us/webinar/register/WN_880woNw8Rm20XlwZ-dgYRAPat Byrne Labour Party activist since 1972. Currently, Political Education Officer for Labour International, labour history researcher for 25 years. Author of ‘A History of Socialists and the Mass Organisations’Ben Lewis is a translator and historian whose main area of research is the disputed legacy of ‘Second International Marxism’ and its main theoretician, Karl Kautsky. His expertise also extends to political thought during the German Revolution and the Weimar Republic, with his PhD discussing the outlook of the rightwing nationalist philosopher Oswald Spengler. He has written a range of books and articles on the German socialist movement, the latest of which is Karl Kautsky on Democracy and Republicanism (2019). Together with Lars T. Lih, he also co-produced a book on socialist debates during the German Revolution entitled Martov and Zinoviev: Head to Head in Halle (2011). His article commemorating the centenary of the German Revolution can be read here: https://weeklyworker.co.uk/worker/1225/german-revolution-diverted-and-betrayed-by-leaders/While Pat will discuss the background to the German Revolution 1895-1921, Ben will concentrate on some general observations and problems with the left’s narrative on what happened in 1918-1919.Some of the issues we will examine:Rise of reformist wing in SPD; Reform or Revolution debate between Bernstein and Luxembourg in 1899; Luxemburg’s opposition to Lenin and refusal to organise the left in SPD and Second International; imperialist tendencies in the SPD; outbreak of First World War in 1914 and the response of the SPD; foundation of the Spartacists; growth of anti-war opposition in SPD and in the proletariat; SPD / Independent Socialists split in 1917; Revolutionary Shop Stewards uprising, end of the War and collapse of the Junkers in 1918; formation of Soviets and mistakes of the Spartacists; formation of Communist Party; Berlin events and assassination of Luxembourg & Liebknecht in 1919; Paul Levi, the unification of the Communist Party with Independent Socialists in 1920 and the United Front initiative; defeat of the March Rising in 1921.Recommended background reading:W. Pelz, A People’s History of the German RevolutionP. Broue, The German Revolution 1917-23J. Riddell, The German Revolution and the Debate on Soviet PowerP. Nettl, Rosa LuxemburgB. Lewis and L.T. Lih, Head to Head in HalleVarious articles by Ben Lewis are available here: https://weeklyworker.co.uk/worker/authors/ben-lewis/