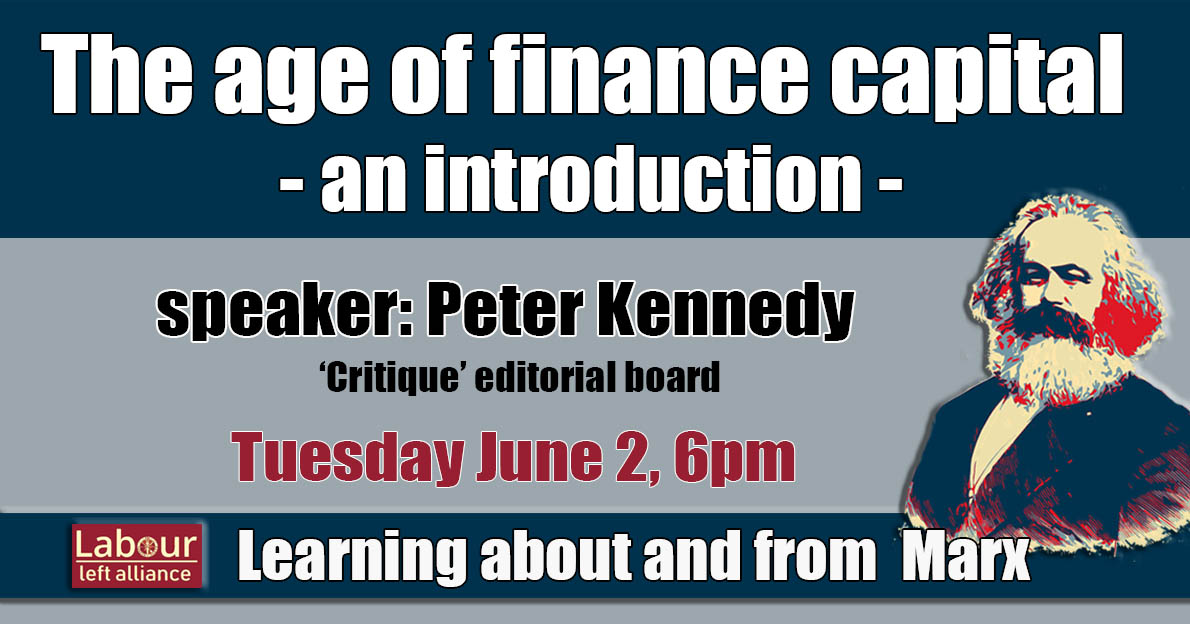 Speaker: Peter Kennedy, editorial board of the Marxist journal ‘Critique’

Part of our webinar series ‘Learning from Marx’

“The old adage that ‘money makes the capitalist world go around’ was contradicted by the 2008 global financial crisis revealed, revealing money can also cause capitalism to come crashing down. The decade of austerity which has followed provides further evidence (if it were needed) that capitalism is dominated by finance capital and has been for some time. The zeal with which the system attacked the working class, while taking refuge in bailouts (socialism for capitalists) makes clear who finance capital’s nemesis is. Since the crisis, finance capital, as a function and ruling class, has remained mired in ‘secular stagnation’, wallows in parasitic forms of accumulation and remains most active in preventing socialist advance.

In short, the left needs to arm itself with an understanding of the era of finance capital we live in. This session provides a basic introduction to the theory of finance capital, drawing briefly on the work of Marx, Hilferding and Lenin as a basis for considering some of finance capital’s modern-day manifestations.