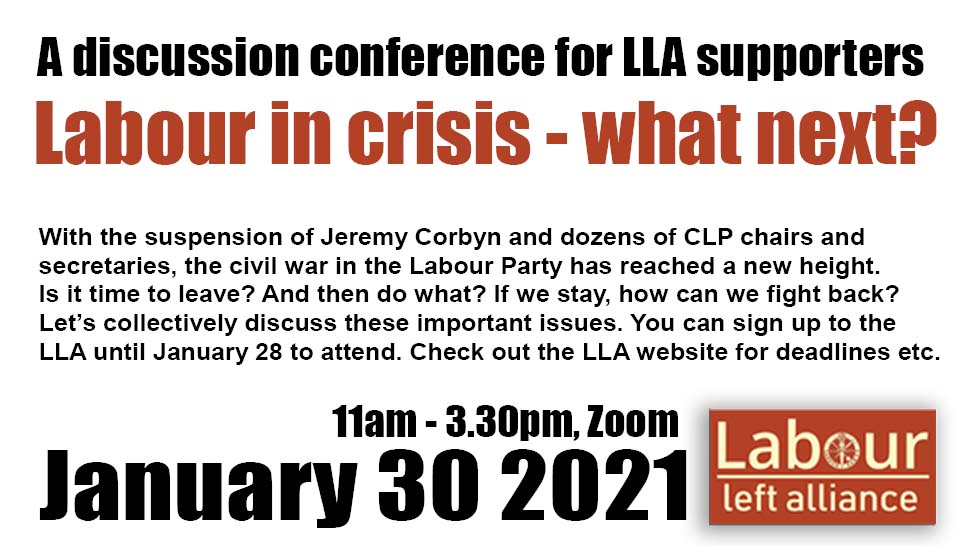 On January 30, over 120 supporters of the Labour Left Alliance discussed a range of topics to do with the current crisis in the Labour Party. Despite political differences on many issues, the atmosphere and debate was friendly and comradely – a major strength of the LLA. The results of our conference can also be viewed here

1. The lessons of Corbynism

1.1. The weaponisation of antisemitism and the witch-hunt (Tina Werkmann et al).
-> CARRIED (56 yes, 8 no, 2 abstentions)
-> Detailed voting figures, including on amendments etc here

2. How could we transform Labour into a party of the class?