Feel free to use and amend

This branch/CLP notes with concern

1) The circular emailed on August 12 2020 to Constituency Labour Parties by General Secretary David Evans, states that certain subjects are “not competent business for discussion by local parties” – including the definition of antisemitism published by the International Holocaust Remembrance Alliance, the forthcoming report of the Equality and Human Rights Commission (EHRC) and the outrageous settlement payment made to former employees of the Labour Party who participated in the dreadfully one-sided BBC Panorama programme by John Ware, who now co-owns the Jewish Chronicle.

2) Labour party members have NOT been banned from discussing the IHRA working definition of antisemitism, the EHRC report or Starmer‘s settlement. The phrase “not competent business” is meant to intimidate and self-censor us, but it is merely hot air. It is always up to members to decide what can be discussed.

“The NEC and therefore the GS has no authority in the rules to dictate what is ‘competent business’ for a CLP to discuss. The only authority is in Chap 1, VIII, 3.E: ‘The NEC shall from time to time, issue guidance and instructions on the conduct of meetings…’ Conduct not content. Conduct is a noun meaning ‘the manner in which an activity is managed or directed.’ That is not the same as the content or subject the meeting deals with. The NEC can issue guidance on how a meeting can be run/organised, but not dictate what motions are competent business.”

4) That NEC member Rachel Garnham has stated that the NEC knew nothing about this supposed instruction.

5) The same formulation – “not competent business” – was used to attempt to stop branches coming out in support of Chris Williamson MP. This failed – and dozens of branches and CLP passed motions in support of Chris! No disciplinary action was taken against any of them.

6) That the ‘leaked report’ quite clearly shows that there was an organised and concerted campaign by right-wingers in the party to undermine and sabotage Jeremy Corbyn and the left. Some of those actively involved in the campaign have now been paid off by Keir Starmer. This is a clear misuse of party funds and an insult to all Labour members. The former employees have brought the party into disrepute. With his email, David Evans wants to shut down debate.

7) These are clearly important issues that must remain legitimate subjects for debate at Labour branch and CLP meetings. The witch-hunt against the left was one of the main reasons for the defeat of the Corbyn movement, and Keir Starmer is intent on further expanding it. Thousands of left-wingers have been hounded, smeared, vilified and wrongly accused of being antisemites during the last five years, while the number of suspensions and expulsions has massively increased in recent weeks. Standing by is not an option.

This branch/CLP therefore resolves to: 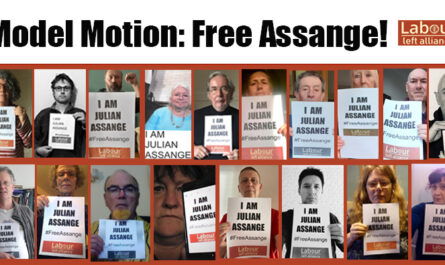 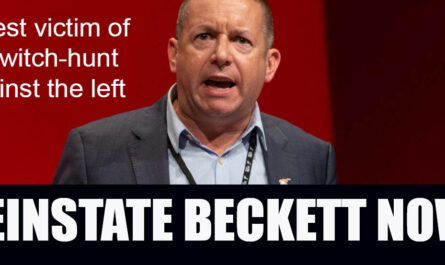