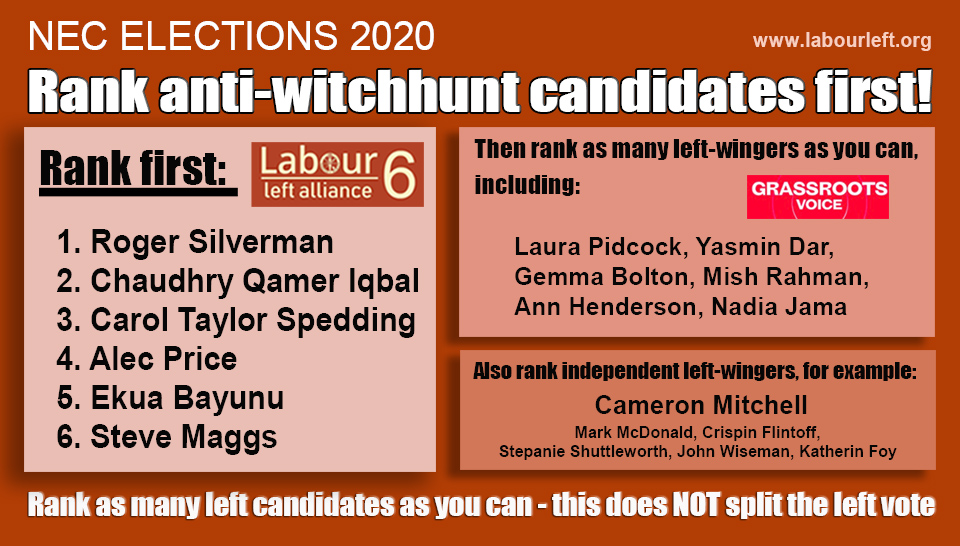 The LLA recommends that Labour Party members rank the LLA 6 candidates highest. They have shown their commitment to our political platform, which includes the need to openly fight against the witch-hunt in the party and wider society (see all candidates’ responses here).

That they then rank as many left wing candidates as they can, including Cameron Mitchell and the CLGA 6.

STV allows the left to put forward more than nine candidates without any risk of giving advantage to the right – in fact, it is tactically better to vote for more than nine, as this will avoid the risk of inadvertently increasing the vote of the right. On the other hand, there is a real danger of left-wing votes being wasted if left-wing members list only six preferences.

Most importantly, STV allows members to rank those candidates who most closely agree with their political principles highest – without any danger of ‘splitting the left vote’. More on this here.

We also recommend Esther Giles for treasurer. Esther has also shown her commitment to our political platform. 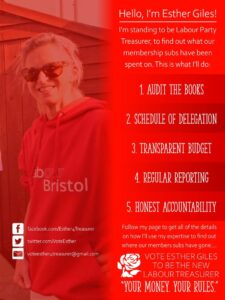 View all posts by Admin2 →

NEC elections: An action programme for the left