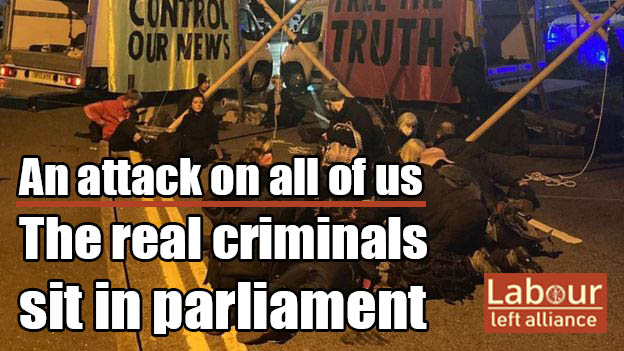 We applaud the successful blockades of a number of printing plants by activists of Extinction Rebellion. They have managed to seriously disrupt one of the key pillars of capitalism – the establishment press. Predictably, the Daily Mail, The Times and all the other right wing rags are complaining about this being an “attack on the freedom of the press”. A ludicrous charge. The real attack on the “freedom” of the press lies in the fact that it is almost wholly owned and controlled by a few capitalists who have a vested interest in defending their system, with all the consequences that flow from it, including the destruction of the planet.

The attempt to classify Extinction Rebellion as “a criminal gang” so that peaceful protesters can be locked up for up to 5 years is an attack on all of us.

The government’s threats expose its fear of a working class that could once again “rise like lions”: The economic disaster that is awaiting us thanks to the inability of the ruling class to deal with an unanticipated emergency like Covid-19, are creating mass unemployment, extreme financial insecurity and misery for millions. This attack on Extinction Rebellion is just a prelude of what the government is prepared to do if and once the working class effectively organises and fights back.

Keir Starmer’s reaction is as lame as it is predictable. He does not run an effective opposition, he behaves as if he were part of a ‘national government’ in the interest of the ruling class. The Labour Party must come out in solidarity with those fighting back against this inhuman and destructive system and we urge all Labour Party members to move motions and statements in critical solidarity with Extinction Rebellion.

However, we also believe Extinction Rebellion will need to actively campaign for a socialist alternative i.e for a society based on need, democratically run by workers. The fight against climate change can – in the final analysis – only be successful if it is a fight against capitalism and for a positive vision for an alternative system. Capitalism has an inbuilt need to constantly increase profits – the exploitation of nature and the planet is as integral to capitalism as is the exploitation of the many who will be at the mercy of the worst of this climate crisis by the very few who run this system and profit from it.

We call for Labour activists to get involved in or set up ‘Labour for a Green New Deal’ groups. We should promote common work and actions between LGND and Extinction Rebellion when possible and move LGND towards fighting for socialism and the need for workers’ control of the key parts of the economy, including those affecting climate change. 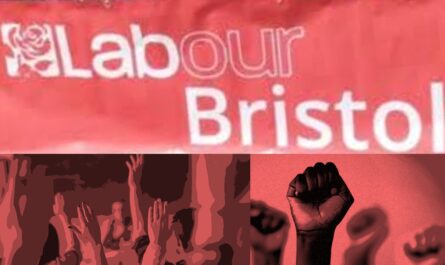