The statement below has just been released by members and delegates from Nottm East who attended the meeting on 27th November, following which Louise Regan, Chair, was unjustly suspended……

……”To counter the lies and distortions – this is our account of what actually happened at Nottingham East CLP:

Statement
We are members and delegates of Nottingham East CLP who were present at the meeting on Friday 27th November, held on Zoom.

We wish to express our solidarity with our Chair, Louise Regan, who was suspended from the Labour Party within 15 minutes of the end of the meeting. We also wish to correct some misleading statements about the meeting currently circulating on social media – including that of our MP Nadia Whittome.

There were different – strongly held – views expressed on whether we should hear the motion that called for Corbyn’s reinstatement, the lifting of disciplinary measures from others for discussing the issues as well as for the removal of David Evans, General Secretary of the Labour Party. Nevertheless, the meeting was conducted throughout with respect for all speakers – with one notable exception, described below.

All who wished to speak in the debate, both for and against, were given the opportunity to do so – and many did – such that our invited speaker volunteered to return at a future meeting. Several Jewish members gave their perspectives including many in favour. The leader of Nottingham City Council spoke against the motion being heard. Speakers also included our MP – who spoke twice against hearing the motion – despite not being a member of our CLP.

At one point there were 58 participants, not all of whom were delegates able to vote. It is a credit to the Chair that the meeting was conducted fairly and respectfully with such a contentious issue. Members were asked to keep themselves muted unless they were called on to speak so that there was no sound interference when people were speaking. It should be noted that all the functions of the Zoom meeting, such as muting, were under the control of the Secretary and not the Chair.

There was only one interruption during the meeting. This arose when one member stated that in his personal experience he had never witnessed any antisemitism in any of our meetings. As he continued with his personal view, another member shouted out – in a manner that some found to be aggressive – that he himself had suffered personal, antisemitic abuse from the person speaking, who was taken aback and stated that this wasn’t true; the Chair intervened and tried to calm things down. At this point the member who had interrupted declared that he no longer felt safe at the meeting and left.
Members were stunned by this exchange, and the ensuing statement from the member saying he did not feel safe, followed by his exit. The atmosphere of the meeting immediately became tense and uncomfortable and many were very upset by it. It should be noted that there had been no anti-Semitic behaviour or language at the meeting. Several members then spoke of their concern for the member who had left and the Chair stated that she had reached out to him to check that he was ok. When all who wanted to speak had done so, a vote was proposed and seconded and the delegates voted on whether to hear the motion. This was carried overwhelmingly by 22 votes for to 9 against.

The meeting then proceeded as per the agenda and on the suspension of standing orders to allow more time. The motion was presented to the meeting, with delegates voting that it should be under the condition of one person being allowed to speak in favour of the motion and one person against. The motion went to a vote and was carried by 23 votes in favour to 10 against

Additional concerns have arisen by the discovery that someone present was sending out live information – including members’ names – to a journalist known to be hostile to Jeremy Corbyn and his supporters, who was live tweeting this information. It has also been noted that the member who left has changed his narrative on social media to stating that the member he accused had ‘witnessed an anti-Semitic attack’ on him rather than had attacked him personally.

All Labour Party meetings should be conducted in a safe environment where all members’ views can be expressed without fear of attack, either within or without the meeting.

Louise Regan chaired our meeting in exemplary fashion throughout and we call for her reinstatement, along with all those who are facing disciplinary action for merely discussing issues of democracy and due process within the Party, as expressly affirmed in the EHRC report and in accordance with the Human Rights Act. Nadia joined others in saying thanks to Matt and Louise for the way they had conducted the meeting.”

No, standing in solidarity with Palestinians is not antisemitic! 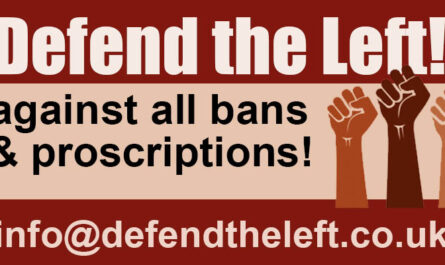 Say no to all bans and proscriptions!