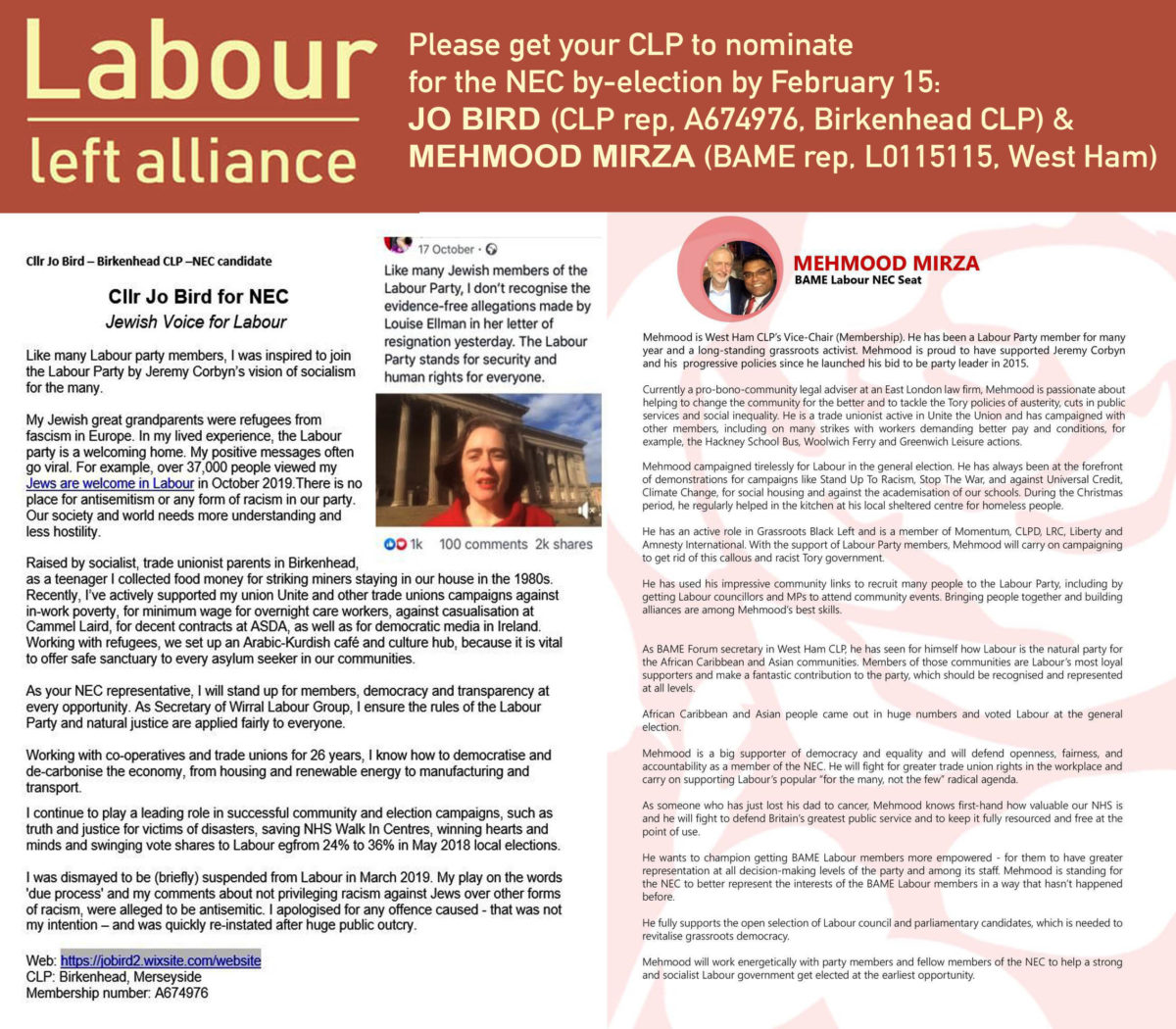 As CLPs are in the process of meeting to nominate people for the NEC vacancies, and as the Centre-Left Grassroots Alliance has fallen apart, the Organising Group of Labour Left Alliance is recommending that members try to get their CLPs to nominate two of our active supporters who are looking to stand as candidates. They are JO BIRD for the CLP rep (membership no A674976, Birkenhead CLP) and MEHMOOD MIRZA (membership no L0115115, West Ham CLP) for the BAME role. They have both met the required five CLP nominations to get on the ballot paper – but hopefully can get many more nominations, to show that we need NEC representatives who actively and openly stand up to the witch-hunt in the party. Jo Bird and Mehmood Mirza have demonstratively done so and would no doubt use their position on the NEC to continue this fight.

Update: Jo Bird is continuing to seek nominations, despite her unjust suspension. Every CLP nomination will add pressure on the NEC to overturn this ridiculous and clearly politically motivated suspension.